An evening of flamenco and classical music, interweaving rhythms and harmonies to show all the expressive possibilities of the Spanish guitar.

Dúo del Mar is the wonderful musical union between two female figures of today’s music scene: classical guitarist Alicia Grillo, undisputed master of her generation, and Marta Robles, one of the few female soloists in the world of flamenco guitar, as well as a composer and music producer.

Their repertoire mixes pure elements of flamenco and classical music, interweaving rhythms and harmonies to show all the expressive possibilities of the Spanish guitar. Baroque sonatas that were inspired by popular rhythms and melodies, romantic works that evoke the modernist Barcelona, flamenco pieces from the most traditional repertoire or contemporary and own creation where the classical language and flamenco are fused.

This unusual duo travels with their music through hundreds of colors and landscapes, taking the listener through surprising and sometimes almost impossible atmospheres.

They play with the subtlety of the classical guitar and all its possible techniques, without giving up the strength and passion that flamenco brings to them, recreating palos (flamenco forms) such as Guajiras, Zapateados, Sevillanas, Bulerías, Fandangos, intertwined with pieces from the classical Spanish repertoire of Manuel de Falla, Isaac Albéniz and other great Spanish composers.

About the Event: “Ritmos de Sabicas”

Their recent show “Ritmos de Sabicas”, premiered at the “Flamenco On Fire” in Pamplona, has also taken them to important festivals such as the Lisbon Flamenco Festival, the Nights at the Reales Alcazares in Seville, the Noche Blanca in Cordoba and the Voll-Damm Jazz Festival in Barcelona.

Marta and Alicia, original in their music and staging, represent an image of Spanish culture far from stereotypes, more in line with the future than the past, demonstrating the strength that women are gaining in the world of art and international music.

They set an example for the generations to come, with the courage to take to the stage with this 100% female image, but they are also entrepreneurs, music producers and owners of the destiny of this project that has already taken them halfway around the world.

Their one night only Classical & flamenco Guitar evening promises a vibrant program and is FREE for public to attend.

Advance tickets are available at The National Theatre of Namibia office, 12 John Meinert Street, Windhoek during office hours from 21 November 2022. 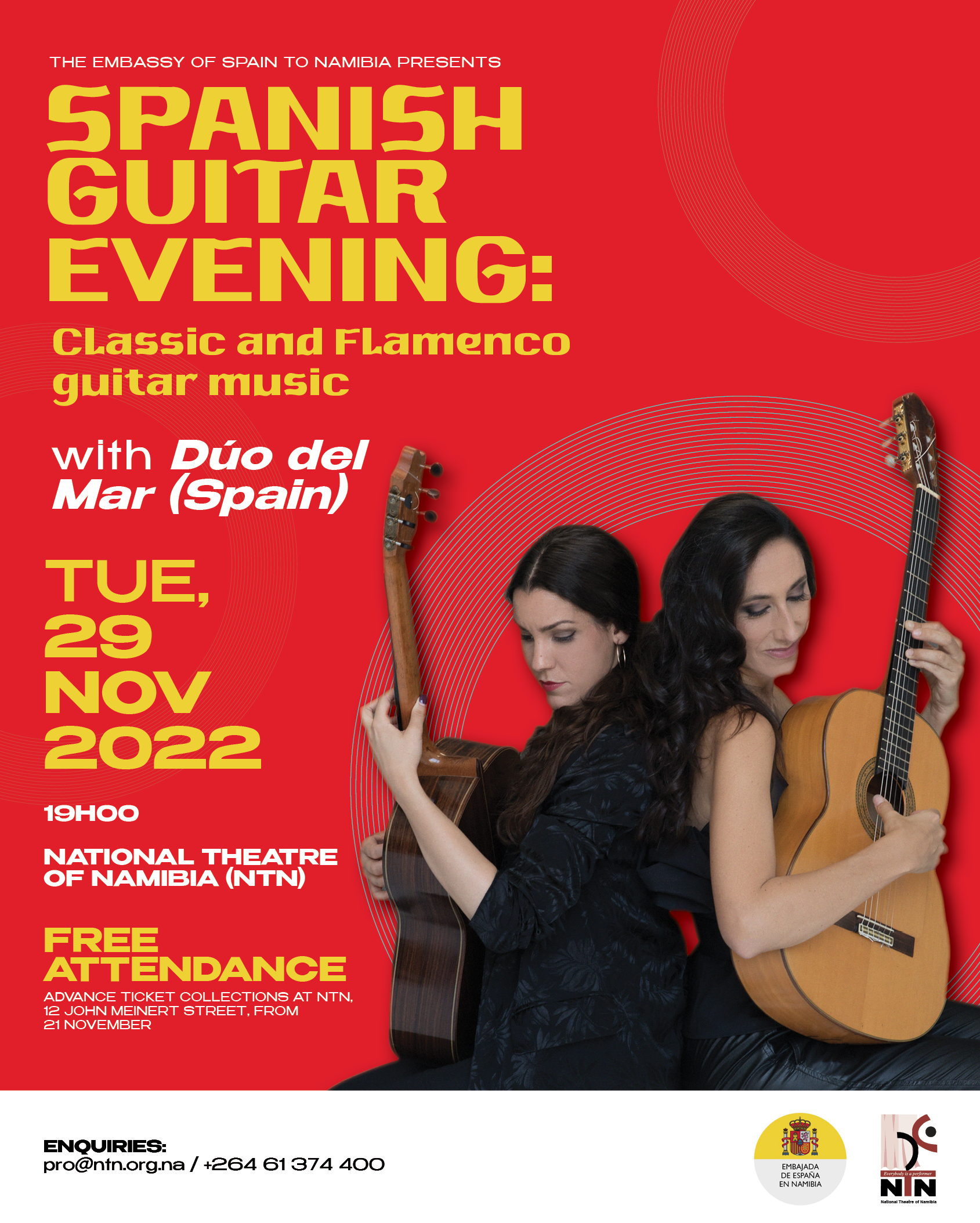